Becoming Sinless: Converting to Islam in the Christian Solomon Islands

Sometimes we forget that when Europeans reached the shores of the continent, they already fully well knew and understood what they were going to find there. From 711CE to 1492…

The Wantok Blong Yumi Bill was a bill unanimously adopted by the Parliament of Vanuatu in June 2010. It was derived from a “People’s Petition”, tabled in Parliament by Independent…

Two women from Eastern Highlands Province have been burnt with hot iron rods, and tortured today, at a 5-mile area in Port Moresby, following accusations of sorcery. The attack began… 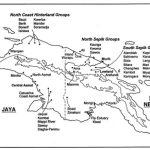 A prominent Vanuatu Presbyterian pastor wants the Muslim faith kept out of the country. Alan Nafuki and several supporters staged a march in the capital Port Vila recently with the…

Select a date Select a category Search with Google